Quote from: celedhring on Today at 04:07:52 AMAnyway, outside of that, the advantage of English, besides cultural/economic dominance, is that it's actually a rather simple language to learn.

Really?  A million irregular verb conjugations, a massive vocabulary, a mountain of new slang generated every day, and at least for the American version an R sound designed to torture the larynx. I've always thought the reason people pick it up is because of entertainment.  But I don't have your ESL perspective.
#12

I would hypothesise that UK housebuilding was centred around replacement of old buildings for many years, though there was a peak in the 1950s which greatly improved the general situation. When our population started to increase the housebuilding sector contined with "business as usual" instead of increasing construction by, say, an additional 250k units per year.

For the richer part of the population there is no problem here, rental income rises as do capital values. The question is why do the poor 80% connive and support their own poverty by voting Tory and supporting nimbyism?
#13 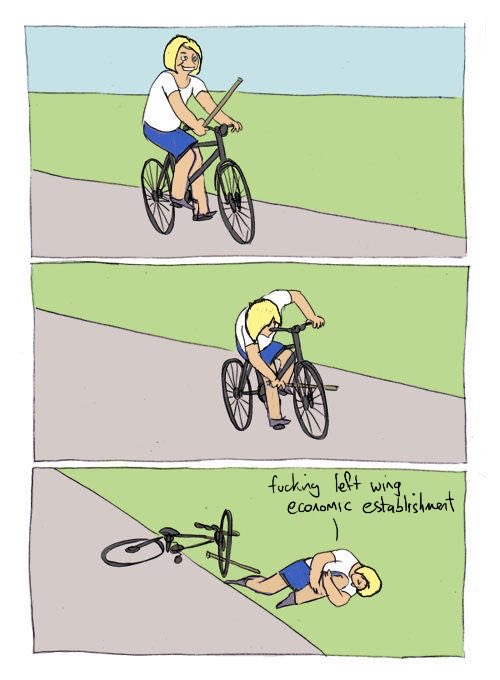 Quote from: Sheilbh on February 04, 2023, 05:02:24 PMI feel like that works with almost any other nationaliy/language but French

I don't think that's true, at least for the languages I'm familiar with.  Definitely not for Spanish and Korean.

It is ironic that the lingua franca has such bizarre spelling/pronounciation rules.  Or lack thereof.

I remember when I visited the UK for the first time. I was 12 and the only person in the group that "spoke" any English. Trying to buy train tickets to "Leicester" (as opposed to saying "Lestah") got me completely a blank face from the ticket lady. THAT'S HOW YOU WRITE IT FER CRISSAKES.

Anyway, outside of that, the advantage of English, besides cultural/economic dominance, is that it's actually a rather simple language to learn.
#15

Off the Record / Re: Elon Musk: Always A Douche

According to this there are 118 million business that use Twitter.

Doubtful. The page tries to sell its services to these businesses, so inflating the figure might make the service seem more important. Other pages give figures if 300-350 million total active users for Twitter and I doubt that it is one third businesses. Also the German Statistics Office is given as a source and they certainly do not have figures on business Twitter usage...
#16

When a person with active tuberculosis does not accept medication, public health officials can take legal action as a last resort.

The Tacoma-Pierce County Health Department in Washington has obtained multiple court orders requiring a Tacoma resident to get treatment for her active tuberculosis, officials told NBC News on Friday.

The woman has thus far refused to isolate or take the necessary medications, according to Nigel Turner, the department's division director of Communicable Disease Control.

"The court order is in place ordering isolation and quarantine," Turner said. "We're working with her on assessing the compliance with that."

The News Tribune, a local news outlet, reported on Friday that over the past year, the health department has repeatedly sought and been granted court orders compelling the woman to isolate and get treated for tuberculosis. According to the Tribune, legal petitions from the department said the patient had not abided by previous orders, and had at one point started but discontinued medication. The health department confirmed the Tribune's reporting to NBC News.

A judge issued the latest order on Jan. 20, granting the department the authority to test, treat and detain the woman, starting next week.

The department announced Monday that it was monitoring the case and said at the time that it was working with the woman's family to persuade her to accept treatment.

The department declined to offer information about why the woman has refused treatment.

Under Washington state law, public health officials have the legal authority to seek a court order when a person's refusal to take medication poses a threat to the public.

Tuberculosis can rise to that level because it can be deadly if left untreated, and infectious people risk spreading the disease further. The bacteria that causes tuberculosis can spread through the air when a person with an active case coughs, sneezes or speaks.

The treatment process can take three to nine months, according to the Centers for Disease Control and Prevention. People who discontinue medications before treatment is complete can also develop antibiotic resistance.

When it comes to taking legal action, Turner said, "it's very reluctantly that we do that because obviously we're balancing people's civil liberties against protecting the health of the public."

In the past 20 years, the department said, it has had to enlist the help of law enforcement to detain three people who refused tuberculosis treatment until they were no longer infectious. Turner said the department typically exhausts other measures before seeking a court order, such as enlisting family members, medical providers or infectious disease experts to reason with a patient.

Treatment for tuberculosis generally consists of antibiotics taken daily or weekly for a period of months. People with infectious tuberculosis must be isolated during that time, until they're no longer capable of spreading the disease to others. The vast majority of cases can be cured with medication, according to the World Health Organization.

Turner said the length of treatment or possibility of side effects from the antibiotics may deter some people from accepting medication. People who don't have reliable access to food or housing may also be reluctant to follow isolation guidelines, he said, so the health department may provide them with those resources.

In regards to the current patient, he said, the department is "really looking for every opportunity for them to comply with and work with us to resolve this as soon as we can."

The Tribune reported that a January legal filing from the health department said the woman had previously gone to the emergency room following a car crash but had not disclosed her tuberculosis diagnosis to staff. Chest X-rays taken during the visit showed the disease's progression, the petition said, according to the Tribune. The Tacoma health department confirmed the report to NBC News.

Symptoms of active tuberculosis include a bad cough that lasts three weeks or longer, chest pain or coughing up blood or phlegm, according to the CDC.

Nationally, the number of tuberculosis cases has declined steadily since 1992, according to the CDC. The U.S. recorded around 7,900 active cases in 2021. Tuberculosis vaccines are not widely administered in the U.S. because the disease is not prevalent and the shots are not highly effective in adults.

But some people live with latent tuberculosis infections, meaning the bacteria is inactive and the host isn't contagious and doesn't have symptoms. The CDC estimates this affects up to 13 million people in the U.S. Around 5% to 10% of those latent cases, if left untreated, will develop into active disease at some point in people's lives.

The official said Chinese balloons briefly transited the continental United States at least three times during the prior administration.

Weird we never heard about that.

Wonder how the folks who were backing the Chinese side when our P3 was rammed by a Chinese jet back in the Parodox days are framing this one.
#20